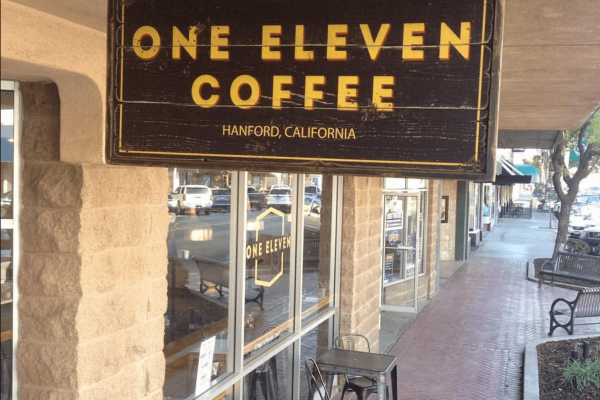 One Eleven was first born out of a desire to love downtown Hanford! When Koinonia Church was in need of new office space in 2013, they began exploring their options. There was more than enough space on the church campus, but that would mean moving the offices to the edge of town where there was little foot traffic. The team began asking what investing in downtown might say to the community about the church’s love and commitment to the very place where they serve.

What began as an idea, grew in the hearts and minds of not only the church leadership but the church family. Koinonia committed itself to identifying a building for offices in the downtown area, but also starting a coffee shop so as to contribute to the business and social fabric of downtown. What was once an idea, is now a realty.

The goal of One Eleven is to provide a place for community, to feature products that have good works stories behind them and are local whenever possible, and to create a life-giving work environment for all those that are serving behind the counter. The shop seeks to be creative with its drink offerings and to provide new experiences from its customers without being coffee-snobs!

Our Gallery
Previous
Next